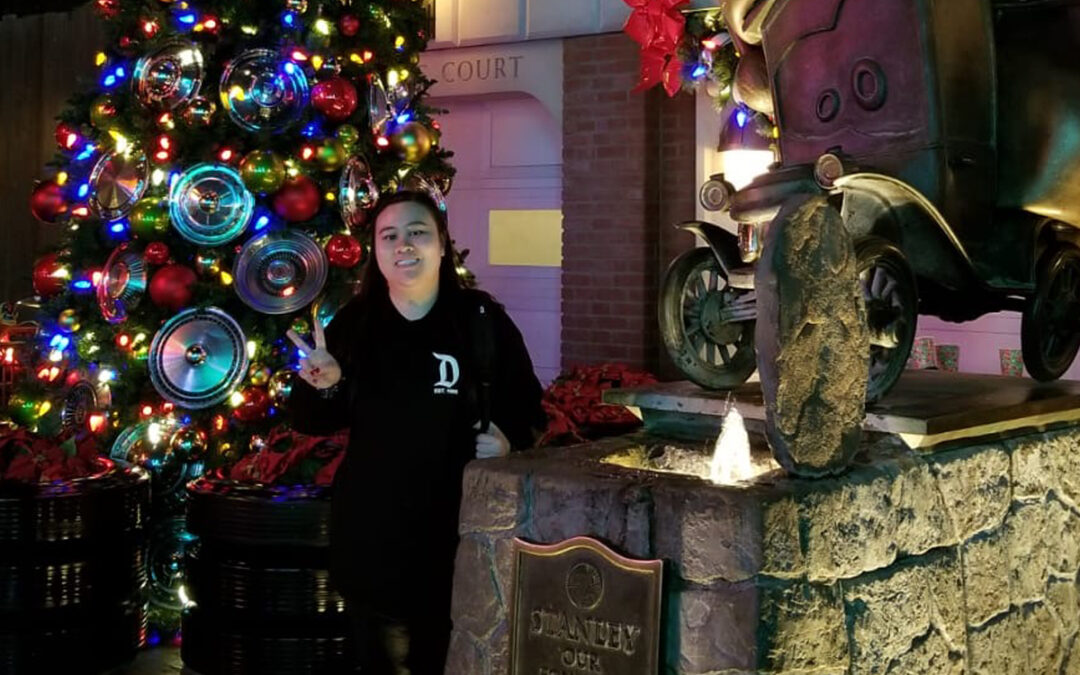 To say that Jenny Choi is a rising star here at VPCS is a bit of an understatement. In just the three years since she joined us in 2018, she has gone from being an administrative assistant to serving as a project manager within the $297 million Pleasanton Unified School District bond program. Eric Van Pelt describes Jenny as someone who dives in head-first to address issues that come up so projects can keep moving forward. “Her attention to detail is amazing,” says Eric. “She double- and triple-checks everything.”

We sat down with Jenny to learn more about her devotion to her job and her other pursuits.

How has your role at VPCS evolved since you first joined us?

I’d been working as a project admin at a mechanical contractor company, but I was interested in learning more about construction management. I saw an opening at Van Pelt for an admin, so that’s how I started here – helping the team on the work we were doing at San Jose Unified. I learned a lot about this business that first year and really studied how the project managers did their jobs. Pretty soon, I said, “I could do that,” so I asked if I could transition to a different role. The timing was right, because the Pleasanton program needed more PMs at that point. So that’s where I am now, working on district-wide improvements and also the new science building at Amador High School. It’s complicated work but I really like it.

What skills helped you move up so quickly within the organization?

When I started, I was the only female in the San Jose Unified group [run by Eric Berger] and also I was the admin. I was so shy at first, but I still was really curious about learning more. I was lucky to work for Eric, who really cares about workflow efficiencies, so I asked him if I could suggest a few process improvements. He knew I wanted to get more involved, so he was great about encouraging me to observe the PMs’ processes so I could get explore how things might run more smoothly for our team and the district. That helped bring me out of my shell a bit and also showed the managers that I’m really interested in the teamwork side of this business. I’ve always had great managers at VPCS.

You recently had a big event in your life. Can you tell us more about that?

Yes! Just a few weeks ago, I passed my citizenship test and became a naturalized American citizen. I moved to the U.S. from Hong Kong when I was 12 because my parents wanted my sister and me to be able to do whatever we wanted in life. So I went to middle school and high school in the Bay Area, then onto college at Cal (where I got a bachelor’s in engineering physics) and Chabot College (where I got a degree in music performance). All this time, I’ve had a green card and never really thought about becoming a citizen. But in late 2019, I realized my passport was going to expire so it occurred to me that it would be a great time to apply for citizenship. The pandemic slowed things down a bit, but after doing all the “biometrics” – the fingerprinting, background check, and all that – all I had left to do was take the test. Then all of a sudden one day last month, I got a notice that they’d scheduled me for the test. So I took the day off, went into San Francisco, took the test, passed it, and did the swearing-in ceremony. All in one day! It was pretty emotional to turn in my green card; I’d had it for so long and always needed it. Now I don’t need anything to prove my status; I’m just American!

You probably use your science degree frequently in your work life. How do you use your music degree?

I perform in the Chabot College Wind Symphony. In third grade, when I still lived in Hong Kong, we needed to choose our extracurricular classes. My sister, who’s older, had chosen percussion and told me, “You get to hit stuff; it’s fun.” So that’s how I started. But it’s a lot more work than just hitting stuff. In fact, I almost quit early on because of all the work. But my instructor said I had talent, so I kept going. Then we moved to the U.S. and I found that I could play percussion instruments here too. I kept it up and still play today. I’m proud that I’ve stuck with it for so long. When you’re playing and performing music, you have to be so focused. It really calms me down; it’s a great way to recharge.

Other than music, what else do you enjoy doing in your off hours?

My sister and I love going to Disneyland. (In fact, you’ll see the Disney logo on the sweatshirt I’m wearing in the picture that’s posted with this blog.) It’s not that far from home and it’s a sanctuary for us. When we go there, we can explore new things, eat different things, see pretty things, and just enjoy the adventure of it. Before the pandemic, we’d go for birthdays and holidays and now that things are starting to open back up we hope to get back to that. I think of Disneyland as a place that can take you away from your daily life and helps you dream a little bit.