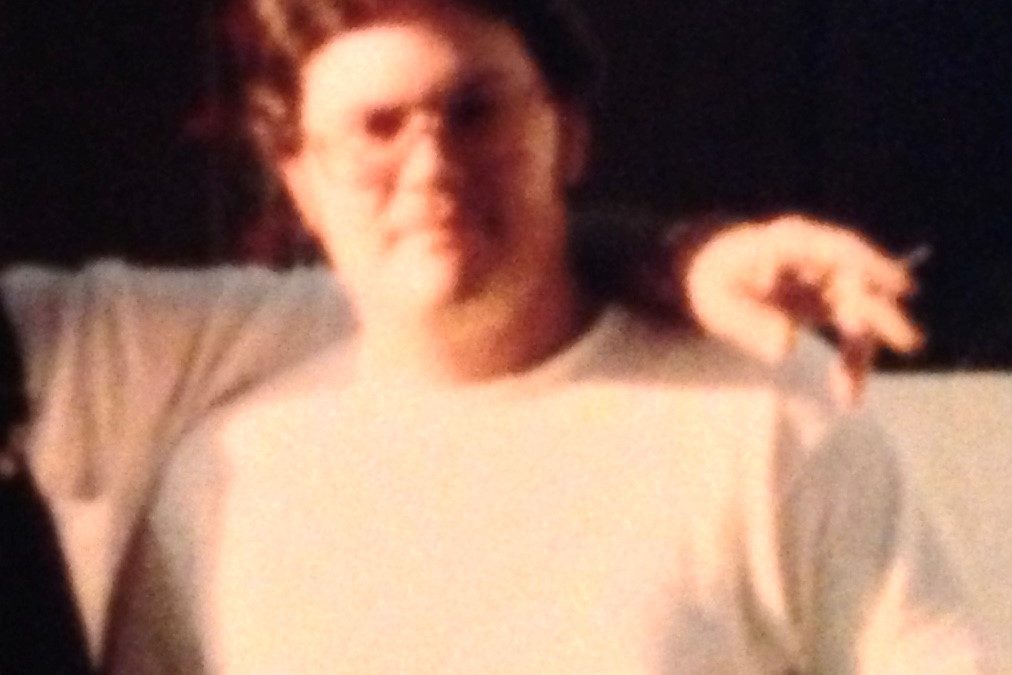 A Polaroid Guy in a Hashtag World

I started my career in construction on June 16, 1979 at 7:00 a.m. (The photo above was taken that very week.) Since then, I’ve collected paychecks from two companies: Lathrop Construction Associates and Van Pelt Construction Services, the latter of which I co-founded in 1996.

On that fateful first day of work nearly 40 years ago, I was assigned as a general laborer to a Lathrop project in Oakland, California. We were building an addition to Roosevelt Junior High School. My very first duty in my career was to pour grout into structural column base plates. Sounded easy enough. The labor foreman suggested that I carry two buckets at a time. “You’d hate to have one arm longer than the other at the end of the week,” he said to me. I didn’t really understand what he meant until I attempted to pick up the first bucket, which I filled with WAY too much grout. It weighed about 90 pounds. I had to carry this bucket through a mine field of scrap rebar, open trenches, slippery mud, broken boards, back-up alarms, and general construction chaos – all the while hearing, “Hurry it up, Van Pelt! That grout better not start setting up!” Tripping, huffing, puffing, grunting, and hurting, I somehow managed to make it (but just barely) to the baseplate that was waiting for my load of grout. I proudly emptied the contents of the half-filled five-gallon bucket into the form around the plate, but couldn’t believe that it barely dented the total amount needed. I hurried back to mix another bucketful, using a half-inch drill motor with a piece of #4 rebar shaped into a mixing wand. Six more loads into the same baseplate until it was finally full! I was completely exhausted, but extremely proud of my accomplishment. Then the labor foreman yelled, “Come on Van Pelt! Two hundred and twenty-five more to go! Hurry your ass up!” I remember thinking, “Is this what I signed up for?”

Coming up on my 40-year professional anniversary, I’ve been reminiscing more than usual. I think about what I have been so fortunate to have witnessed over this four-decade span of time. The TV remote, desktop computers, ATMs, email, the Internet, and the ubiquitous smart phone. Who could have possibly known that most everything my brother and I were watching on Star Trek on Tuesday nights at 8:00 p.m. would eventually be available to us? (Except for the “Beam me up, Scotty” technology, which is probably the one I would utilize the most.)

Obviously, construction sites have seen the same staggering progress. We don’t have any paper drawings or specifications any longer. EVERYTHING is on our phones, iPads and the Cloud. Literally, no paper files. At the end of a $100 million project, we hand the team a thumb drive. Before, it was 75-100 banker boxes along with 500 rolls of drawings. Now, just one tiny little thumb drive. Amazing.

I asked one of our young project managers the other day if he knew what CC stands for in his email application. His response was just a puzzled look. When I told him CC stood for carbon copy, he continued to give me that same baffled look. I tried to explain: “You know, carbon paper? The sheet behind the original document? The copy? You mail it to … oh, never mind. Let’s go to lunch.”

My point is this: a guy like me, who started in the Polaroid camera era and now functions in the hashtag world, well, I see things through a completely different lens. Am I a dinosaur? Hell yes, I am and I’m proud of it! Somehow I’ve managed to ride this techno wave and remain functional. My co-founder, Mike, has done the same. I believe that our ability to manage VPCS effectively is completely reliant upon and a result of our insistence to stay on top of this almost light-speed progression not just of technology but of the construction business as a whole. We’ve found some pretty effective ways to navigate through the changing times.

Still, I have to confess that every once in a while, I wish I could mix up some grout and stumble around a job site. Then I’d step back and take a Polaroid snapshot to capture a memento of a hard day’s work.