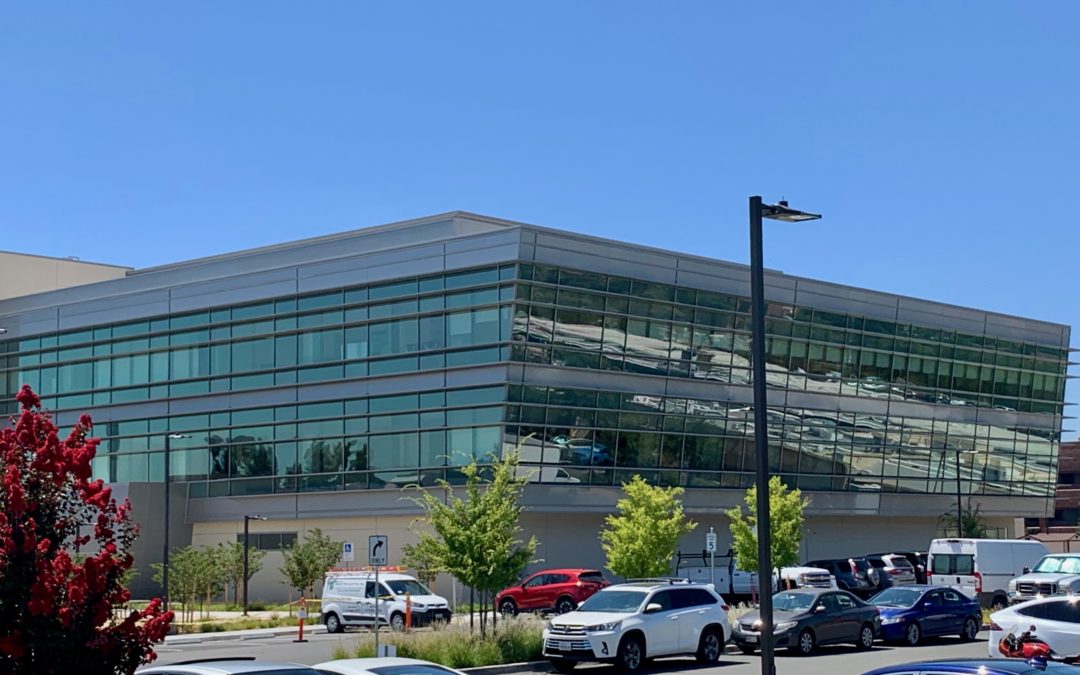 Around here, I’m known as the VPCS “oshpod guy.” That’s because I’m considered the in-house expert on all the regulations related to California’s Office of Statewide Health Planning and Development, commonly referred to by the acronym OSHPD. This is the agency that inspects construction at every acute care hospital and skilled nursing facility in the state and decides whether a building is safe to open. Securing an OSHPD Certificate is a final pre-occupancy hurdle for any healthcare construction project. And it’s a big one.

In my career as a project manager, I’ve probably overseen about 50 OSHPD reviews. No matter how closely a project has been managed, how well it has been built, and how carefully it has been engineered, there are always those little things that OSHPD inspectors find that they want tweaked. That’s how rigorous the process is. In fact, OSHPD is recognized as one of, if not the toughest building authorities in the world. But it’s all in the name of occupant safety, which is what we’re all here to achieve.

So those of us who help bring new healthcare structures to life here in California know that an OSHPD review can be nerve-wracking, but it’s just part of our job. Having our work “blessed” by OSHPD means we’ve served our clients well by delivering a great building.

That’s why it was so thrilling for us when the NorthBay Medical Center $200 million campus modernization project in Fairfield, VPCS’s biggest-ever hospital assignment, recently received its OSHPD Certificate of Occupancy.

The inspectors explored every nook and cranny of this brand new 75,000 square foot tower, including its operating and diagnostic imaging departments, 22 med-surg beds, commercial kitchen, and expansive dining room. Their “thumbs up” clears the way for the project to earn final approval from the California Department of Public Health so that NorthBay can welcome patients into the new wing beginning in October.

Of course, we’ve had OSHPD inspectors coming and going throughout the construction phase at NorthBay, as is the typical practice. At every turn – whether during the monthly OSHPD walk-throughs or at specific milestone points along the way, such as before we closed up any ceiling – my colleagues from Ratcliff Architects and DPR Construction helped me usher our visitors through the building so they could kick the proverbial tires. When questions or concerns arose, it was my responsibility as the owner’s representative to come up with a strategic way to address the issue with minimal impact on time and budget. The fact that we had so few OSHPD findings on this project is a testament to its designers and builders.

One of the tricky aspects of working on an OSHPD job is managing changes. Every construction project comes with changes, and we always work closely with the architects, engineers and builders to carefully document and adjust to them when they occur. But when OSHPD is involved, even the smallest change requires a far more detailed and lengthy approval process before anyone can proceed. And that can take months.

Here’s an example of how we adapted to a relatively big mid-stream change on the NorthBay job while protecting the project’s financial and schedule parameters: Initially, there were six ORs specified for the third-floor operating suite. But halfway through construction, NorthBay realized they needed eight. So I sat down with DPR and Ratcliff to figure out how to keep the project’s pace going while OSHPD conducted its review of this new plan. We determined that we could reverse the order of how the building would come together – going from the first floor up, rather than from the third floor down. (We originally set out to tackle the third floor first, given its complex infrastructure and equipment requirements.) This allowed us to keep moving forward on the first- and second-floor elements while OSHPD studied and ultimately approved the new third-floor OR drawings. Adapting to this new sequence and bumping up to a six-day, ten-hour schedule meant we were able to mitigate major schedule delays and shield the client from crippling budget overruns.

Now that we’ve received NorthBay’s Certificate of Occupancy and the job is in its home stretch, I can take a moment to look back on this exceptional and rewarding project. Once again, VPCS has had the honor of working alongside some fantastic design and construction professionals and on behalf of a great client. For me, this project has also been particularly poignant because the new tower is connected by an elevated walkway to the original NorthBay Medical Center – a project my dad helped build back in his pre-VPCS days when he was working for Lathrop Construction. So this site has been a source of professional pride in our family for decades.

Thanks, OSHPD, for the vote of confidence and for helping give Solano County access to the spectacularly expanded NorthBay Medical Center.