From MTV to VPCS: Catching Up with Charles Harbour 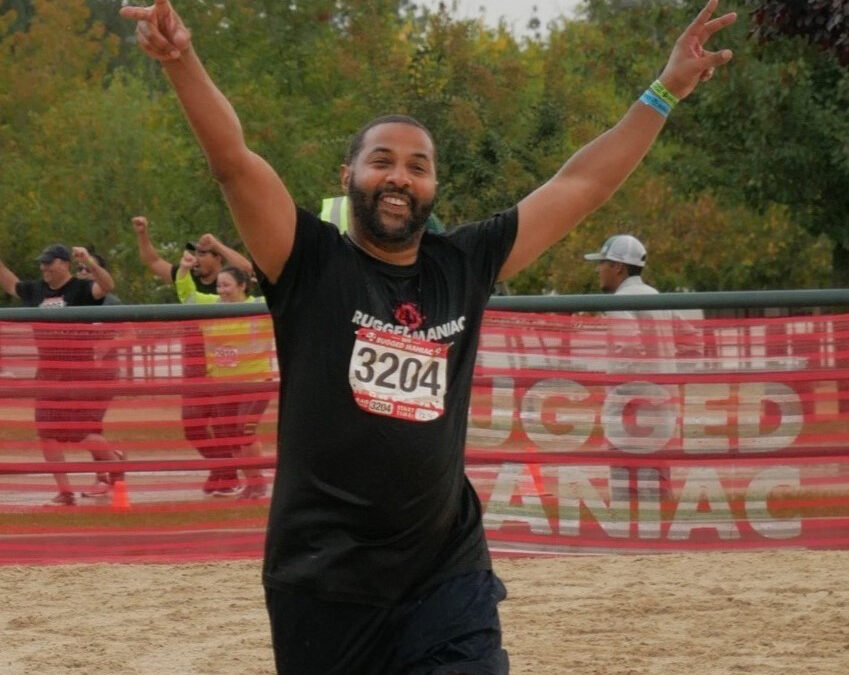 Since joining us in 2018, Charles Harbour has been applying his project management skills to multiple sites around the Berkeley Unified School District. While he’s a great construction management professional, he’s also a great addition to our team because of all the other things that make him who he is. Learn more about Charles, including his stint in music television, in this Q-and-A:

Have you always worked in the construction field?

No. Before joining VPCS, I worked in financial services – most recently doing mortgage processing. But there are actually many similarities between what I did then and what I do now; managing a mortgage is a lot like managing a construction project. Both require keeping track of a lot of little details.

What brought you here?

I got a text from my friend Chris Moreno, who’d been working for Van Pelt for a while and was assigned to the Berkeley district. They needed help and he thought I’d be a good fit, so I came in and talked to Mark and Eric [Van Pelt] to see if they agreed. They did, so I made the shift. It’s been great. And I have to admit: I don’t miss the banking world.

That’s right. I grew up in El Cerrito but went to New York City for college and I loved it so much out there that I ended up staying for about ten years. That was before I ever got involved in banking or finance.

What did you do for work in NYC?

After I graduated with a degree in communications, I started interning for MTV. I helped with post-production editing for their TV shows, working out of the MTV offices right on Broadway. It was an amazing job; I just loved it! But I was there when the economy crashed in 2007-2008, which pretty much dismantled our department. I tried to find something else in that field so I could stay in New York, but there were so many people out of work and the city was so expensive, I ended up coming back to California, which was the right thing for me at that time. But it was an adventure while it lasted.

Did you have any fun brushes with celebrities while you were at MTV?

I did get to meet Betty White once, which was pretty cool. She was in the studio to do some interviews about a project she was working on. We all got very excited and crowded around the office she was in just to see her. We even got to chat with her for a minute; she was really nice. But I didn’t ask for an autograph – I didn’t want to be that guy.

Speaking of being a good guy, tell us about the volunteer work you’ve done with Habitat for Humanity.

Sure. The most exciting Habitat project I’ve been involved in was helping build a single family home in Fairfield from the ground up. My understanding was that the family it was being built for was living in a really poverty-stricken area of Vallejo where they were exposed to a lot of safety concerns, including gun violence. I was on that job site beginning from the time when the foundation was poured to when the roof went on. It was so fulfilling.

And you’ve also pitched in with food drives, is that right?

Yes. I started helping with the Food Bank of Contra Costa and Solano back in 2017. I’ve also helped my mom, who does a lot of work through her church to distribute food to members of the community, mostly in Richmond. Those are great programs that collect donations of food and funds from corporate sponsors and local companies. Then volunteers like my mom – and me too, sometimes – make sure that food and other resources get to the people who need them.

Tell us about the picture of you finishing the running race.

That’s from an event I’ve done twice called Rugged Maniac, which is basically a muddy 5K obstacle course. There are something like 25 obstacles scattered all around the course, and there’s mud all over the place. I’ll tell you – it’s a really fun experience. That picture shows the time I did it with a group and I was the only one in the group that competed every single obstacle on the course. I was drawn to it for two reasons: first, I’ve always enjoyed running. And secondly, it just looked like so much fun. I believe the Rugged Maniac events were put on hold during Covid, but they seem to be back up and running now.

What did you do for fun while Covid shut so many things down?

I actually took up gardening during the pandemic and I’ve gotten really into it. I have a decent sized yard at home and I use that as a kind of canvas. I play around with a lot of different types of plantings – flowers, vegetables and plants. And I’ve started doing more with fruit. Right now, I have a lime tree, a Mandarin tree, a guava tree and some strawberry bushes. I never thought of myself as someone with a green thumb, but that’s now what everybody says about me. I just love coming home from work and going straight out to play in the garden!